When we went on holiday over new year I knew I had to have a sewing project of some description to occupy my hands so I grabbed scraps of Tule from my brothers wedding quilt and some 1″ hexie papers and put them in a bag to take away. 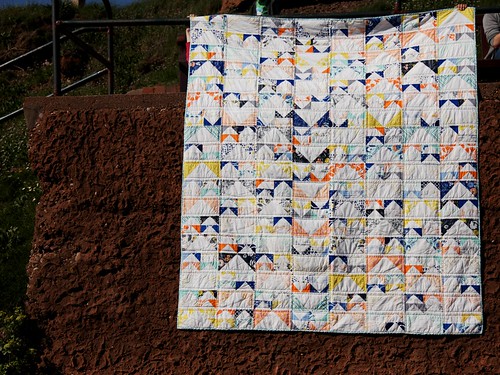 I basted all the hexies and came home and basted some more: 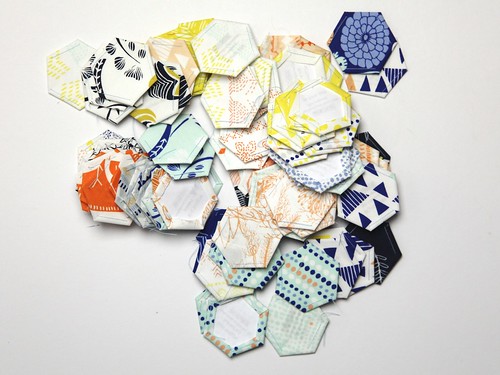 I played around with layouts despite the fact that I didn’t have much idea about what I was going to do with them: 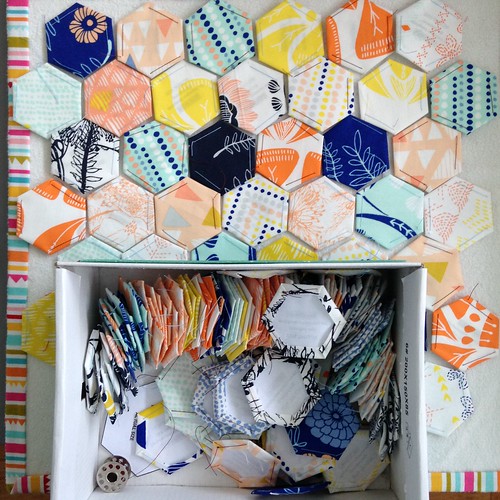 The plan was always that I would make something for my brother and his wife’s first wedding anniversary, and I thought that a cushion cover or 2 would be a good idea to go with their quilt.

Just a 2 weeks ago I decided to baste and quilt some hexies on to a 18″ square of Kona Snow: 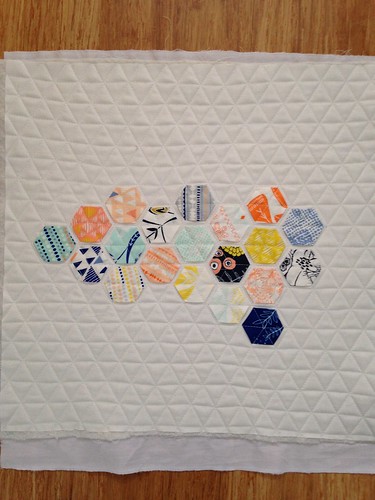 It was trickier than I expected so the lines are slightly wonky in places, it was quite annoying at the time but the end result is fine. In hindsight I should have done a bit of research and read this post by Nicole, she was the inspiration for this. Nicole mentions being in a hurry/lazy which is why she came up with this idea of not stitching the hexies together. I’m not sure if it saves any time but I really like the finished effect. 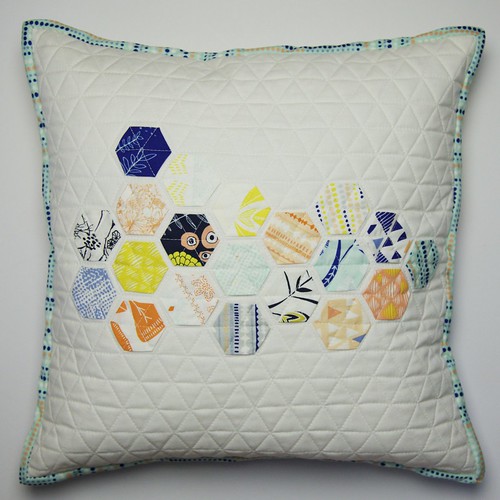 With enough Tule for the back and binding I made a zip closure. 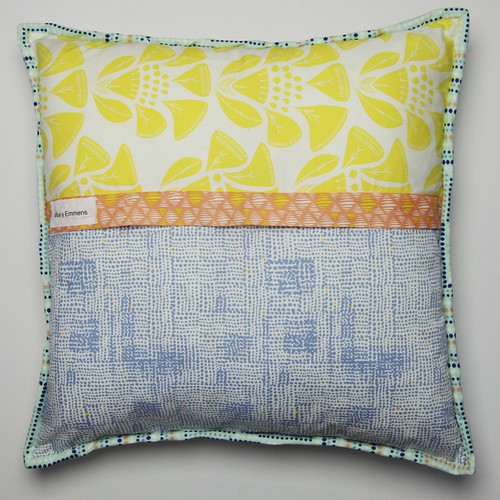 I still had a pile of hexies left so started stitching them together and earlier this week I decided to resurrect the porthole technique I learnt from Lu Summers at the first Fat Quarterly Retreat.  I had some large pieces of Tule left that were big enough for the surround and chose Windmarks in Arid.  I love how it turned out. 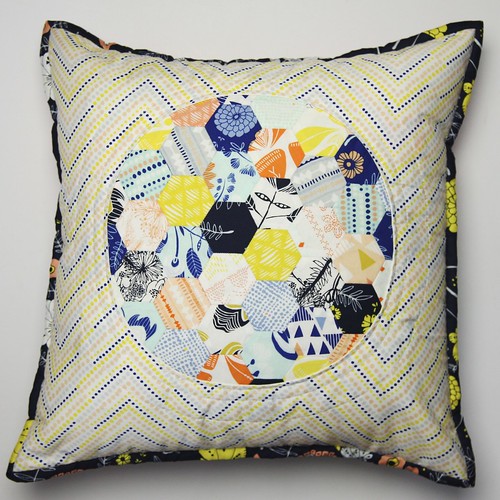 Again I made a zip closure for the back; I like how simple and tidy they turn out. 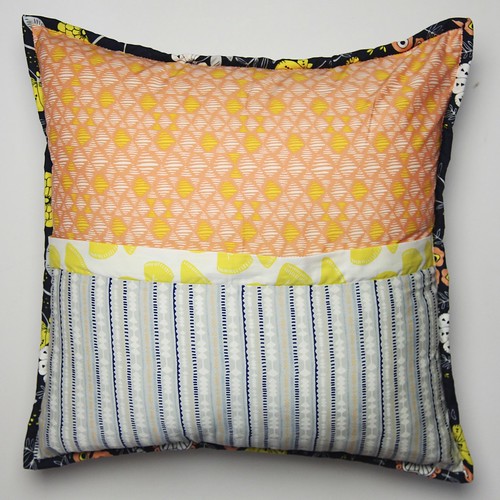 My brother and his wife were visiting here this week but I didn’t manage to get both covers finished in time to gift them so I’ll post them off to them in time for their anniversary later this month. 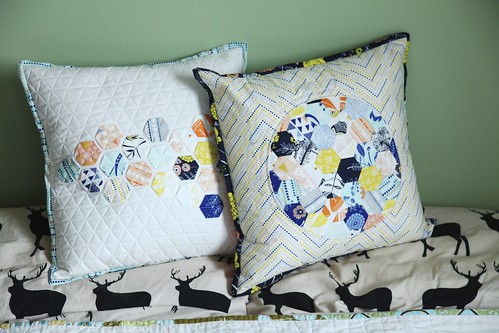 I’m so pleased to have finished 3 out of the 4 things on my list for the Finish-Along.

5 Replies to “Last finish of the first quarter!”