I heard some rubbish news the other week; the sort that provokes the reaction ‘I can’t do much but I can make him a quilt, that might bring some comfort’.

So the other Friday evening I pulled fabric: 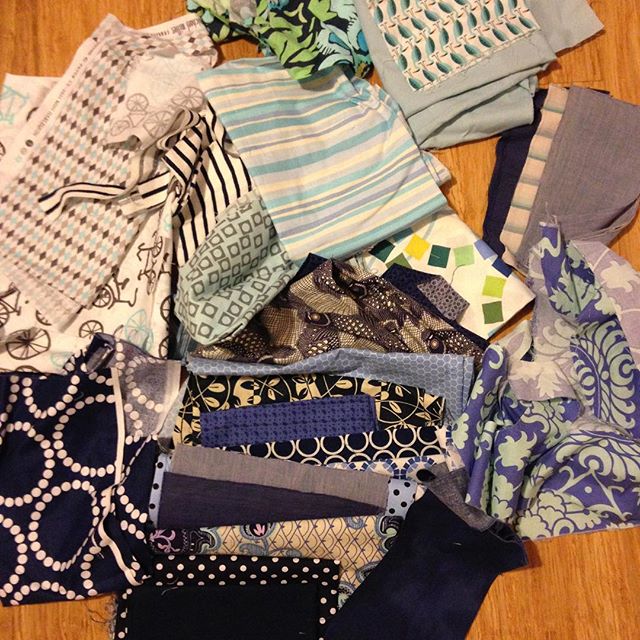 By Sunday morning the top was pieced: 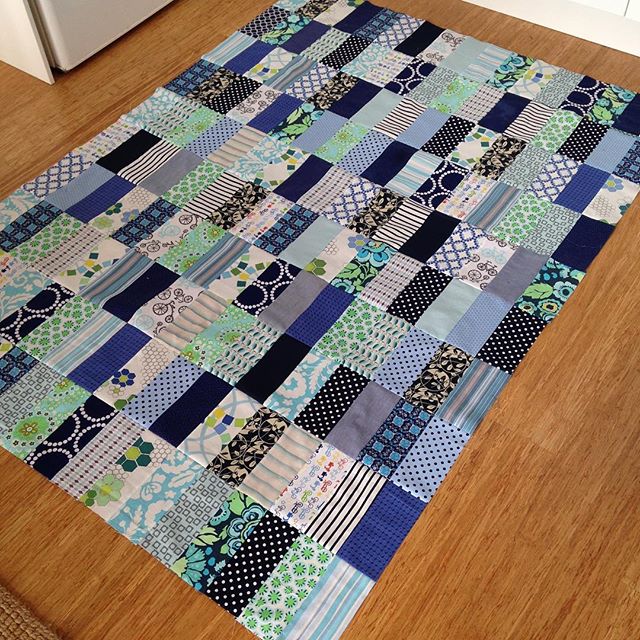 I started quilting in the afternoon and used 2730 Aurifil 28 weight.  It’s a fairly thick thread and therefore there is only 100m on the spool.  I had no real idea how much thread I use when quilting; obviously it’s dependent on the size of the quilt, quilting pattern etc.  I had decided to stitch on both sides of every seam line in straight lines and by the time I started on the vertical I thought that I might not have enough thread.  I opted to quilt just on the right of each seam thinking that I could use a different colour on the left seam if I did run out. 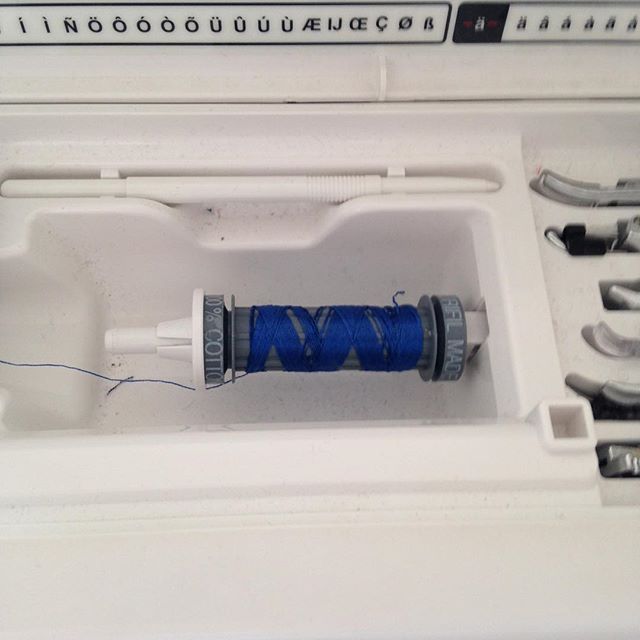 It became clear that I was going to run out so I put a plea on IG to see if anyone could help and Sue sent me a spool which meant I could finish quilting in the same colour!

I had a poorly boy home from school for 3 days but I managed to get the binding on one side and then hand stitched the binding down while looking after him.   By Friday the quilt was finished. 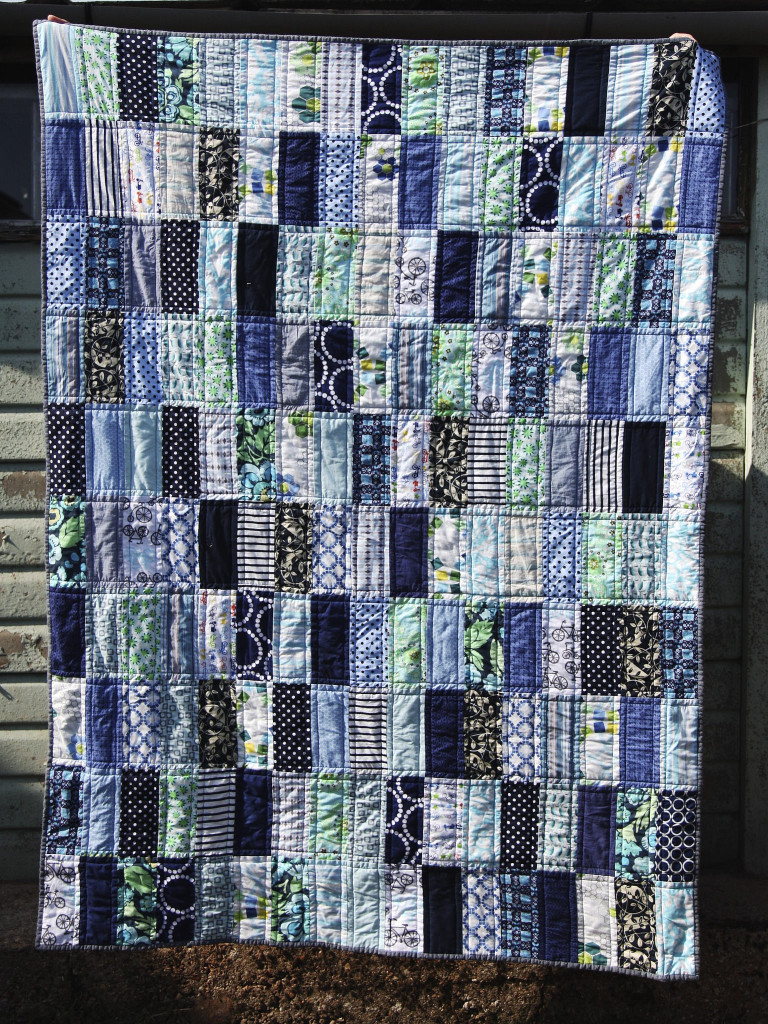 It’s backed with a Parson Gray print and a couple of other fabrics left over from other projects: 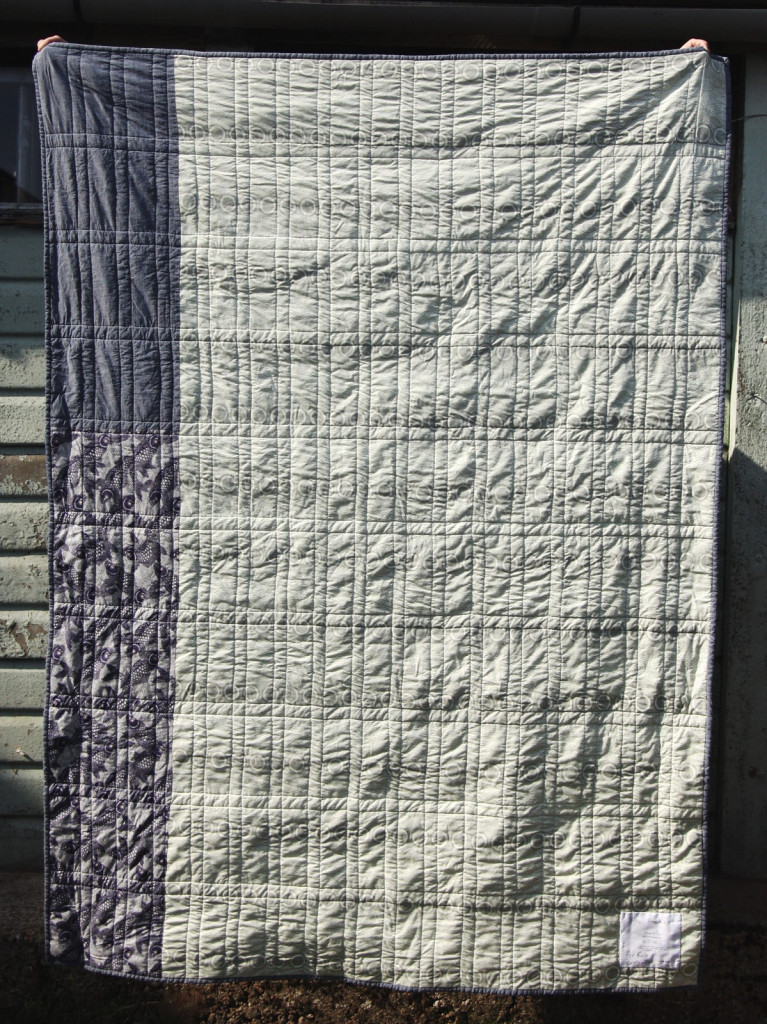 Thanks Jo for the fish print: 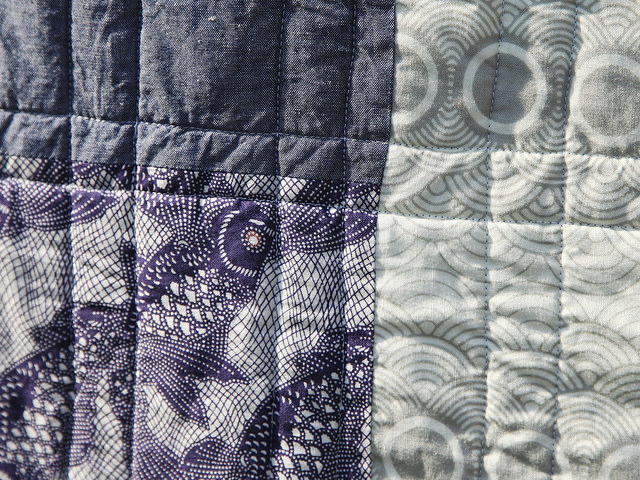 I don’t often make quilts in this way, pulling a stack of fabrics, cutting and then sewing them together, I’ve just realised that might sound fairly odd but it certainly felt like a different approach.  I guess I went with the blue theme suggested by a friend and I love how I ended up with such a variety of prints: 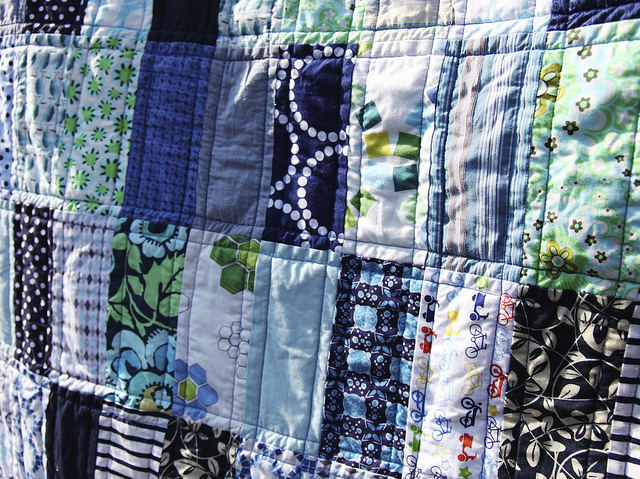 I added some green Amy Butler prints to the original pull to lift the blues a little.  There’s an old Laura Ashley print included from a stash of vintage fabrics that Sue at the South West Stitchers group gave me (second from left on top row in picture below).  A week or so ago I deconstructed a pile of Tobit’s old shirts and have included some of one of those (vertical stripes in middle of picture below).  The two different bicycle prints were selected especially as the recipient is a keen cyclist. 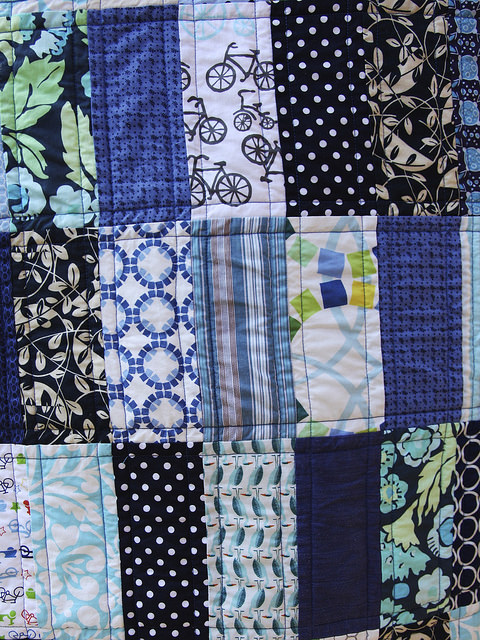 This was really fun to make, but more seriously I’m hoping it brings some comfort to someone going through a particularly tough time.

Pattern – made up by me using 3.5″ x 7.5″ blocks
Fabric – a selection from stash
Backing – Clouds in Mist from Seven Wonders by Parson Gray
Wadding – Super-Soft 70/30 Eco-Blend by Sew Simple
Quilting – Straight lines by me on my Janome Horizon
Finished size – 52″ x 75″

6 Replies to “A blue quilt”