I can’t quite believe that this quilt top took less than 2 weeks to make but has been on my unwritten list to do for over 2 years!

My initial fabric pull was this: 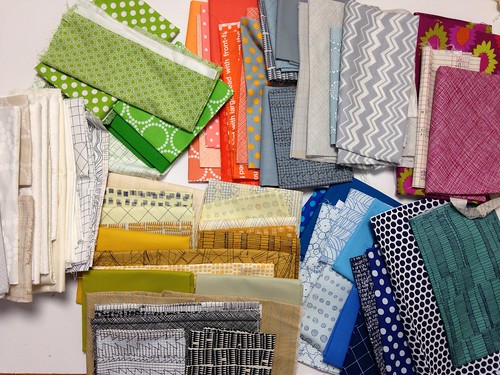 I’m not really sure what I was thinking because actually the pattern can be made using a stack of scraps! This first part was made using fat quarters: 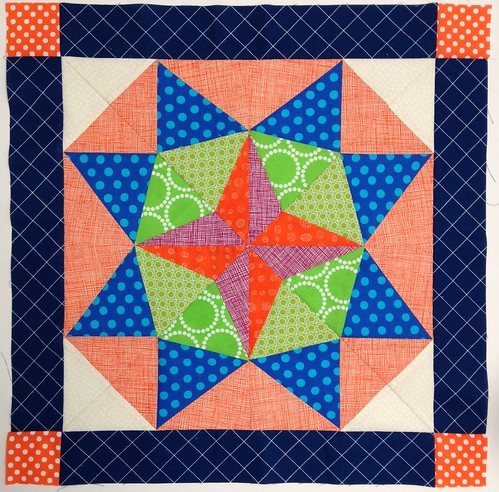 Apart from borders 6 and 8 the rest was made from scraps.  Using the centre of the medallion as a starting point for colours I pulled scraps from my pink, orange, green and blue boxes: 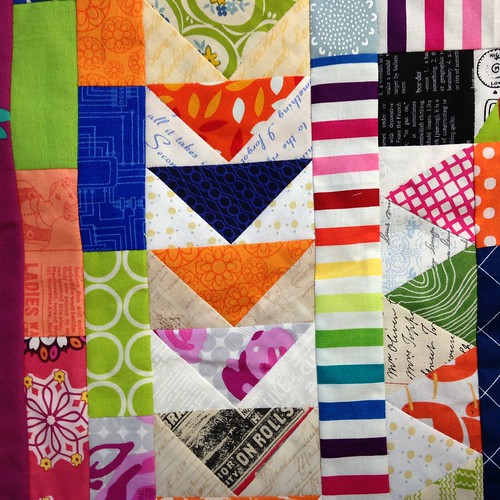 I also have a bag of low volume scraps and used these for the low volume sections, a few bits were pulled from fat quarters but most were scraps: 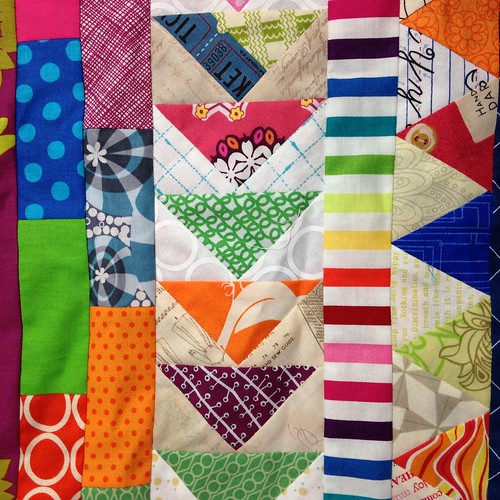 For some reason I’d really looked forward to making border seven and made it before borders 5 and 6!  My eldest daughter sorted them into an order for each border for me: 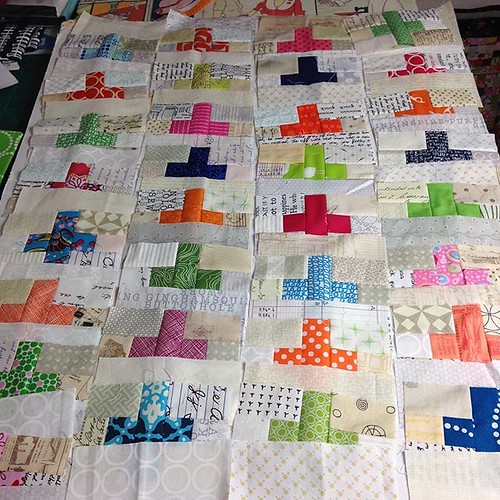 I love this scrappy quilt top and would really love to make another! I was feeling a bit sad that I was all out of wadding so despite having the backing fabric picked out I knew that due to insufficient funds I’d have to wait a while before going any further.  But then we were having a bit of a sort out in the loft and Tobit found a bag with half a roll of wadding in!  I had a funny feeling that I might have had some somewhere but thought I was dreaming, now I just need to baste and quilt. 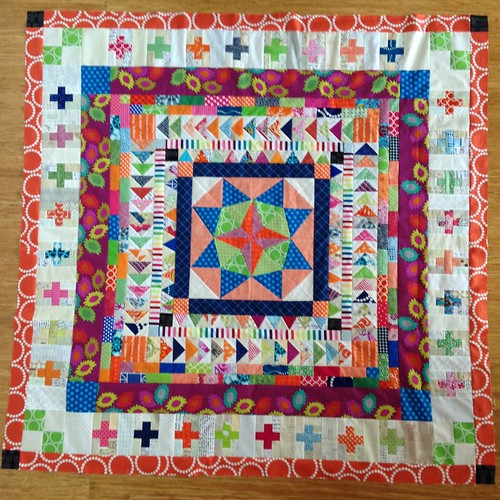 I’m pretty much decided that this would really benefit from hand quilting and as this has been a purely for pleasure make so I’m going to prolong the joy even further!