Bethan is in her final year at primary school and the children are tasked with fundraising for Lepra.  I’m not a fan of doing something and asking for sponsorship so I suggested to Bethan that she offer to make something.  She liked the idea and together we came up with a  plan to make open wide zip pouches, but with a twist in that people could choose their fabric so the pouch would be uniquely made for them. We started off with my zip collection and pulled fabrics to go with them (rather than the other way and having to go zip shopping): 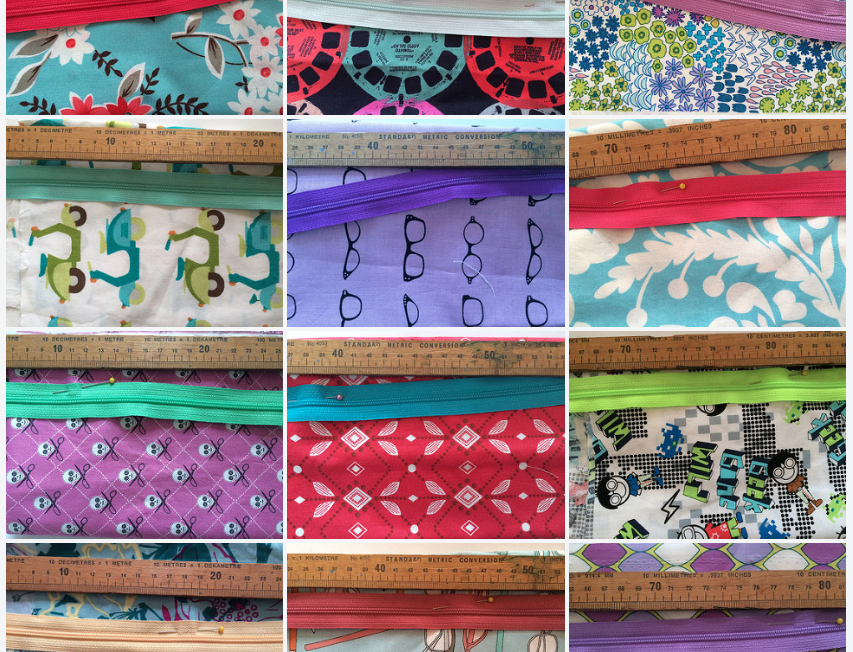 She made a swatch book and a sample pouch: 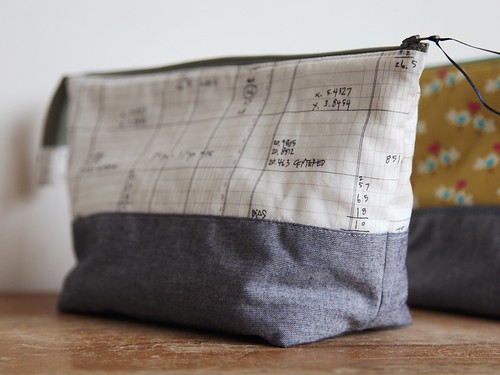 Initially we were going to limit it to 10 pouches but after making a sample one we decided to limit it to 5! Bethan designed a poster and took the sample and swatch book in to school and left it in the staff room. By the end of the second day the order book was full and someone wanted to buy the sample so we only needed to make 4. We set up a bit of production line and mostly I just supervised while Bethan sewed (I did a bit of unpicking too): 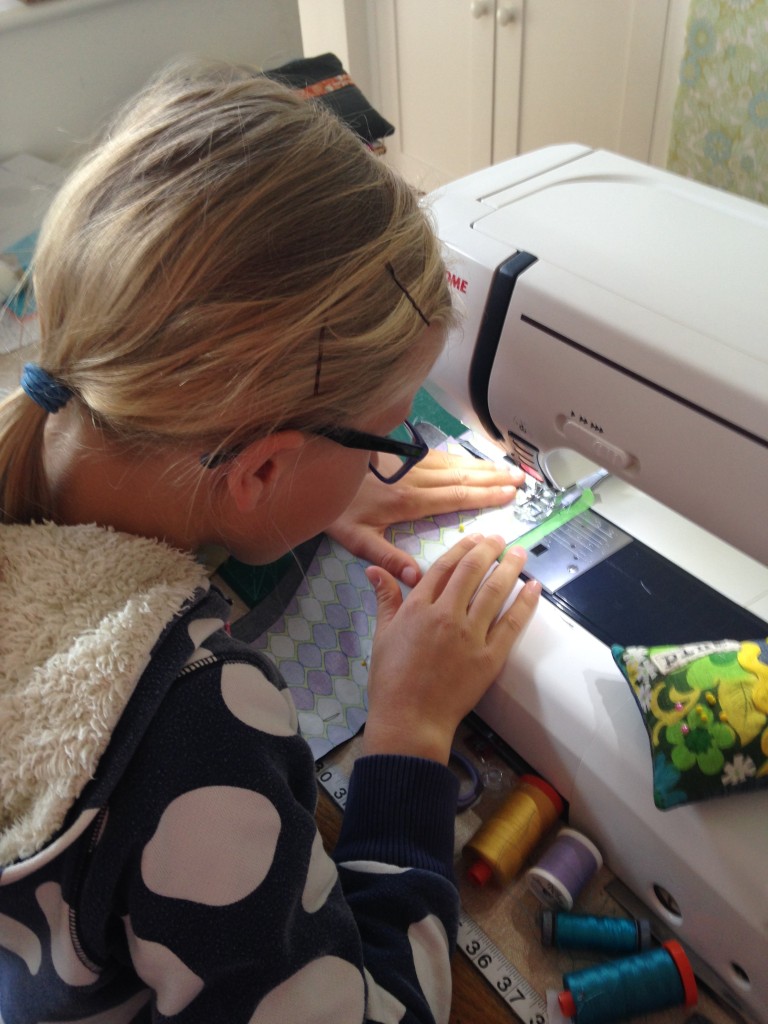 We opted to use the same chambray for the bottom of each pouch.  Bethan picked out contrasting threads for topstitching: 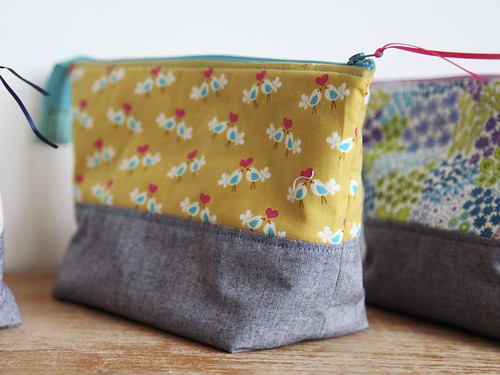 And we found ribbon to use for each zip pull. 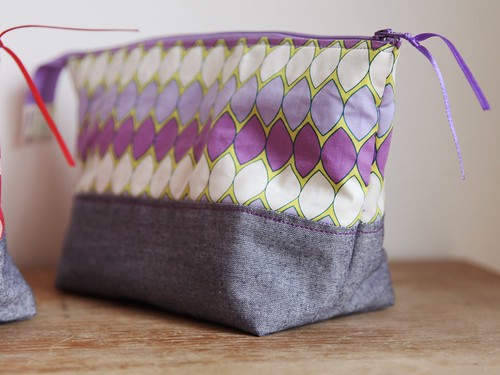 The zip ends worked well, we followed this great tutorial: 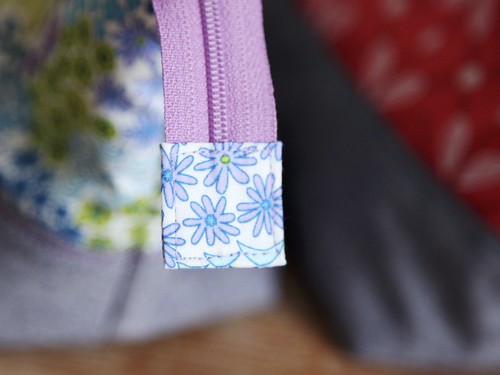 Before too long we had a bevy of pouches: 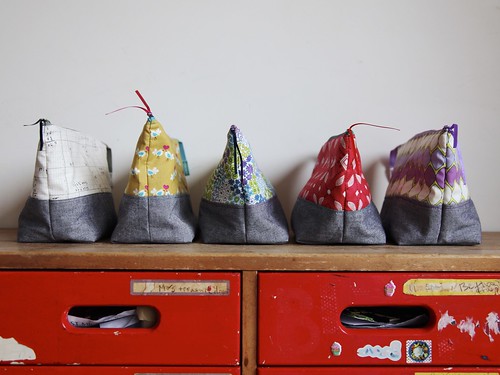 Bethan chose lining for each pouch but we don’t have photo’s of those, she also stitched ‘Made by Bethan Emmens’ on the inside of each pouch using the alphabet stitches on my machine but again no photo’s! 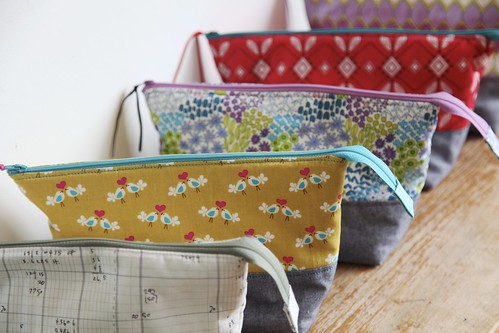 Bethan worked hard and as a result raised £50 for Lepra.

3 Replies to “Sewing for charity”