A couple of years ago at a South West Stitchers meet up, Will from Abakhan brought a box of scraps/offcuts etc and I picked up 2 largish pieces of fleece from it.  Initially I thought I could use them for children blankets but believe it or not they got put in the cupboard and left.  During a recent clear out I found them again and toyed with the idea of blanket stitching the edges to finish them, but I got distracted by something else.

So the other week when I started thinking about making a hoodie for Mathias and wondering what fabric to use I remembered the  fleece and thought it would be a good fabric to experiment on if nothing else.  I used the free pattern by The Crafty Kitty for the Rohan Hoodie she uses a cotton poplin for hers but I was a bit concerned this might not be tough enough or particularly warm and I didn’t have 1.5 metres of any suitable prints. 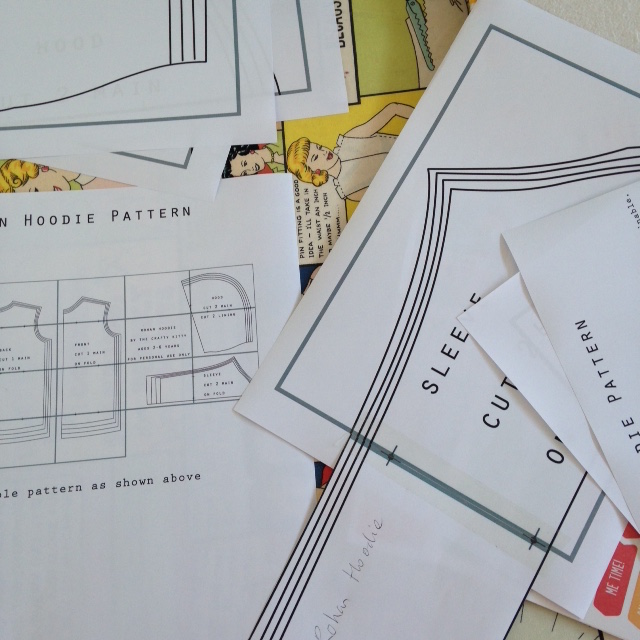 I bought an overlocker last week; they were on special at Lidl and I’ve been thinking about getting one for a couple of years so I did it.  I spent a fair amount of time figuring ut tension; the fleece is quite thick but eventually I got there.

Using an overlocker made sewing this up pretty quick.  It was finished before I had to go and pick the children up from school. 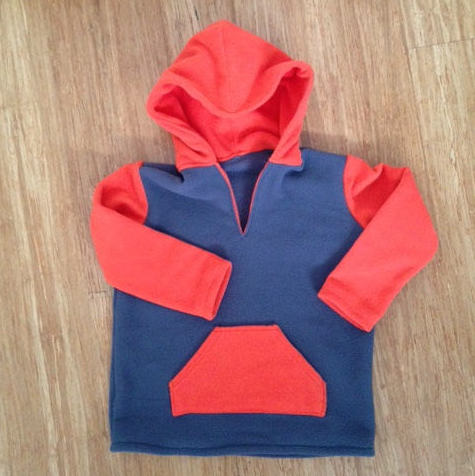 I had no idea what he might think of it, but I’m pleased to say he was totally delighted with it! 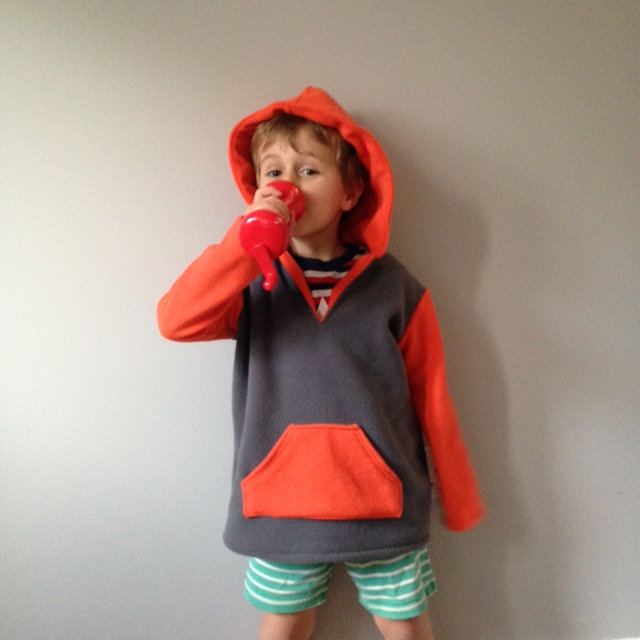 The only problem is that my middle child was rather disappointed that it wasn’t for her and to be fair to her she has asked me if I could make her a hoodie in the past!  This pattern only goes up to a size six and that’s what size I made this.  It fits him fine but won’t fit his 8 year old sister. 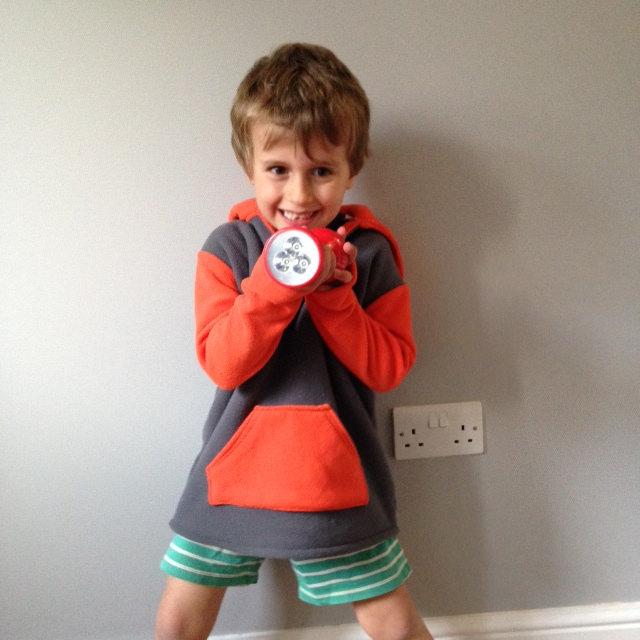 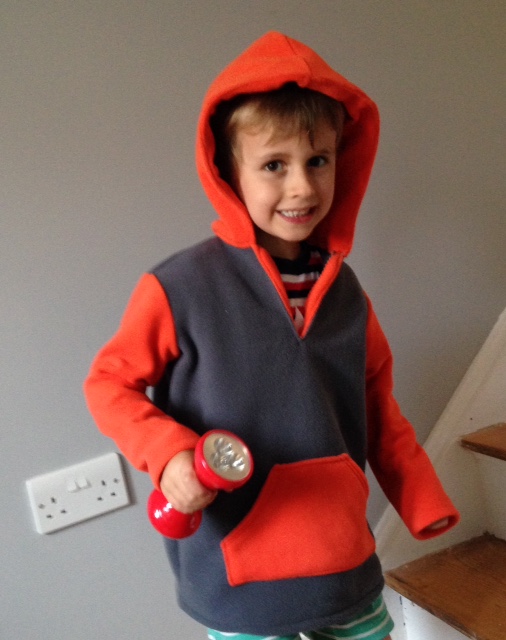 Mathias put it on again this morning over his pyjamas (yes it’s getting a bit chilly here) and asked if he could wear it to school (no, it’s not part of the uniform!).  So I deem this my first success of Kids Clothes week, there may be more, it’s not really on the theme of disguise but to be honest I don’t actually care!

This was on my 4th quarter FAL list so I’ll be linking up with Adrienne in January.