A few weeks ago Leah and I talked about what she would like to give Bethan for a birthday gift, she remembered how much Bethan likes a purse I made for Mathias over 3 years ago: 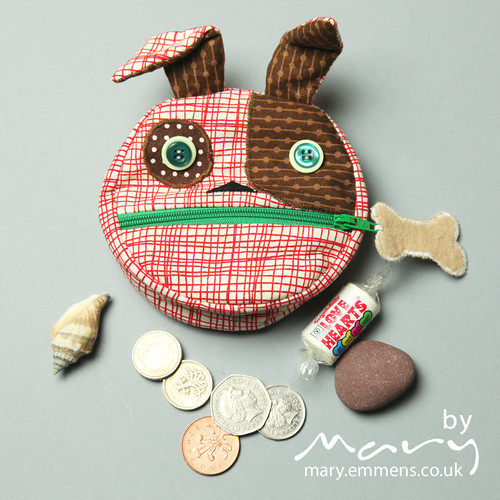 This purse is still in use, it’s had a new bone made which has again been worn out but other than that it still looks great and keeps his money safe.  We got the pattern out and Leah decided that she would like to make a monkey for Bethan, I’d made both the cat and dog before so was happy with this decision: 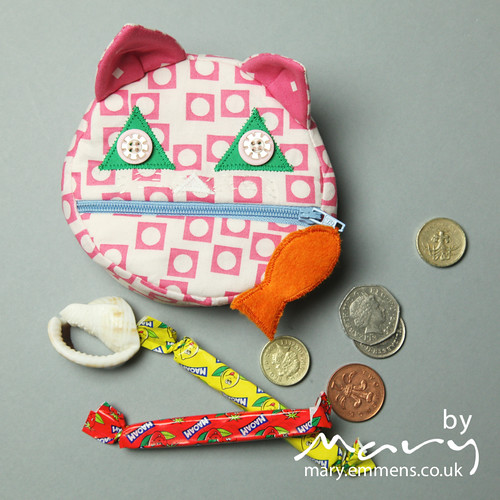 Leah chose the fabrics, zip and buttons, mostly she watched and talked while I sewed. It’s quite a fiddly purse with little pieces but having made it before remembered it’s not tricky. 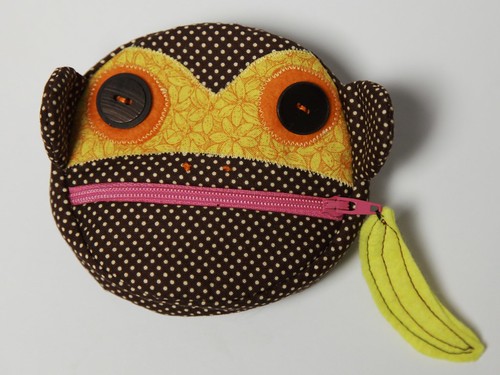 I possibly placed the eyes a little too close to the edge as it was slightly tricky to sew it all together at the end using a walking foot as it caught the edge of the buttons. 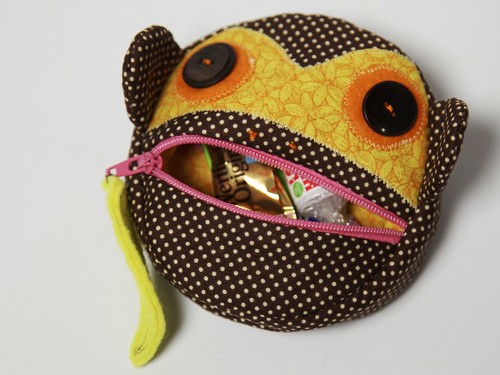 Leah added some sweets and hairbands to the purse ready to gift to her big sister. 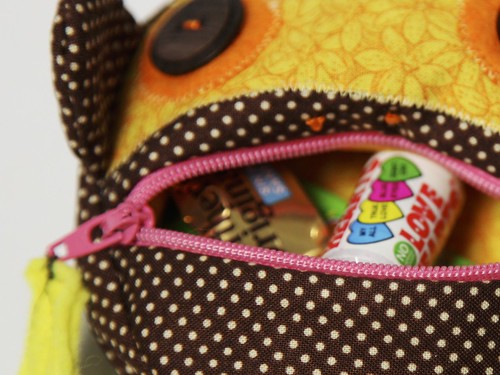 Bethan was delighted with it, I’m hoping she can keep her money in it rather than spending it all!  Next I’d love the girls to do the sewing themselves.