Last month Julianna of Sewing Under Rainbow announced that she was running a Last Minute Christmas Sampler QAL.  If you don’t know Julianna you’re missing out on her amazing paper pieced designs and her generosity in offering them to others for free.  I couldn’t resist joining in, I love a paper pieced block.

Julianna started us off with a simple block; Christmas trees: 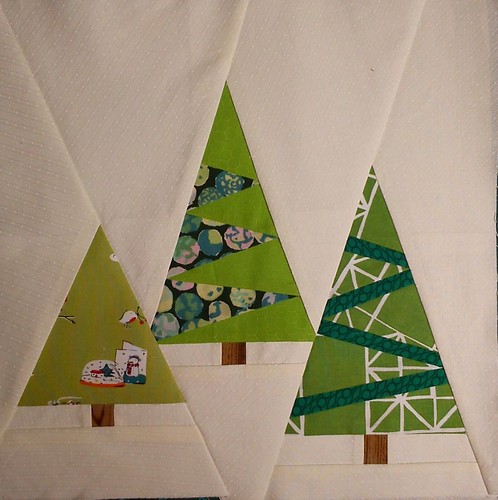 This was straight forward to sew and all but the background fabric was from my scraps bin. Next was a bell: 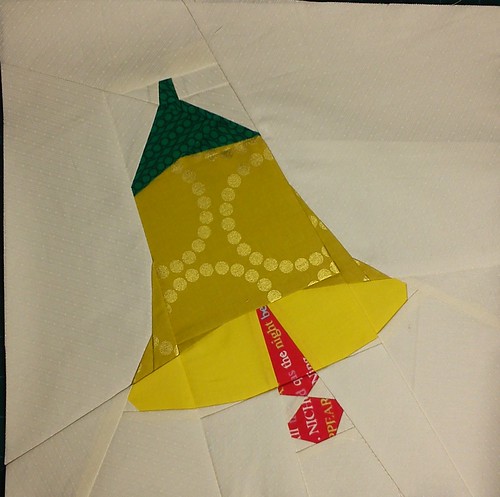 I decided that my newly acquired 1/2 yard of Goldmine Pearl Bracelets would be perfect for this and I’m pretty pleased with how it turned out.

The snowflake block is stunning, rather more fiddly than the first two but the symmetry in it helped me put it together. I spent some time pondering the fabrics for this and finally decided on the red text background, I was worried about how it might look with text in different directions (I didn’t have the brain power to work out getting it all in the same direction!) but I like the randomness of how it turned out. 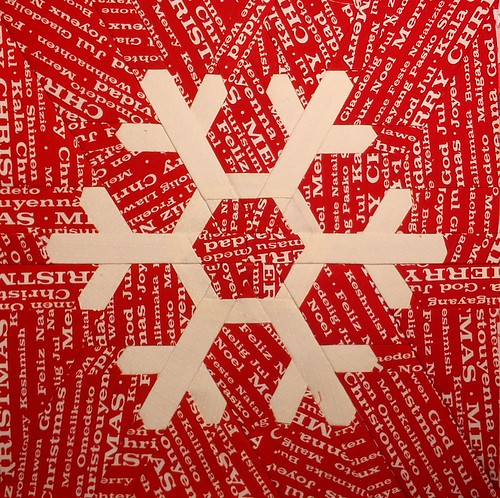 I made a slight error when sticking together the paper for this block which meant that I had to create a seam in the middle of the long strip as it was 1/4″ too long for the block!

The last block I chose to make was the candle; there are two versions of this, the basic is available on Craftsy and the advanced is available directly from Julianna. 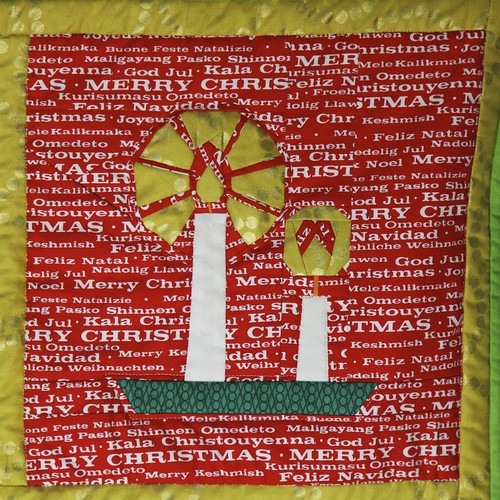 Again the gold pearl bracelets seemed perfect for the candle and the flame, and the metallic shimmers and glows in the light.

As I was piecing the blocks I was mulling over what to turn them into once finished.  We already have a nice collection of winter/Christmas cushion covers so I decided that I would make a mini quilt/wall hanging.

I had plenty of the gold fabric to sash the blocks and then it was time to decide on quilting.

It’s tricky to see but the off white fabric that I used has a directional print on it: 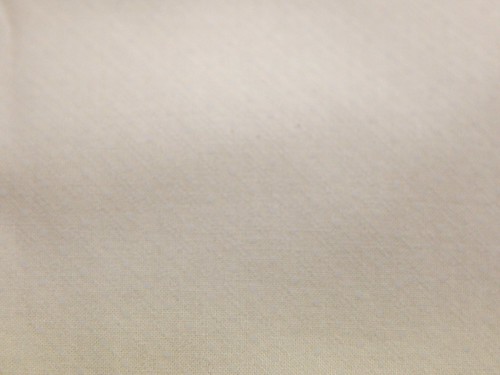 I decided to quilt in the direction of print at random intervals, I used Aurifil 50wt 2021, mainly because I had a whole cone of it and there was no danger of running out: 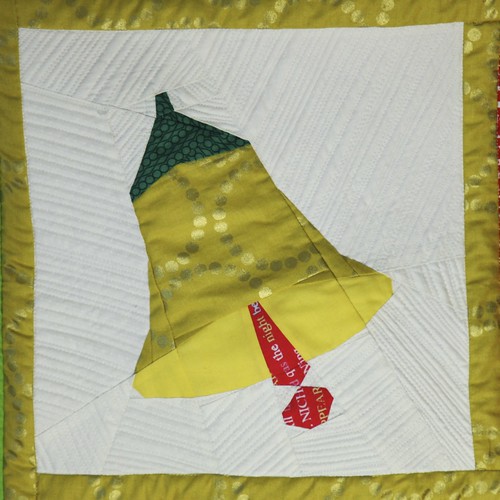 It took a while but it was quite therapeutic and not something I’ve tried before. 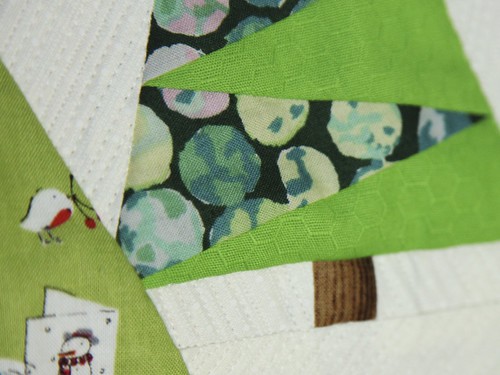 I love the texture that it gives each of those blocks and I’m now tempted to try it on a bigger quilt.

I hand quilted around the snowflake: 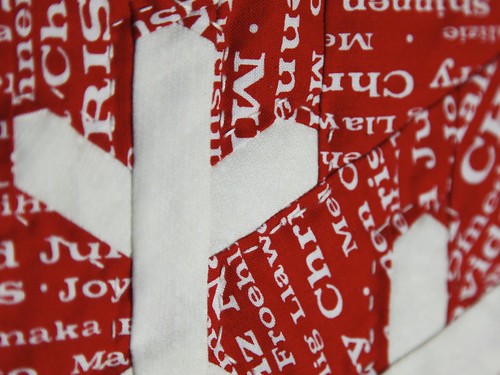 It’s not very obvious due to the busy background fabric and this also applies to the hand quilting around the candles: 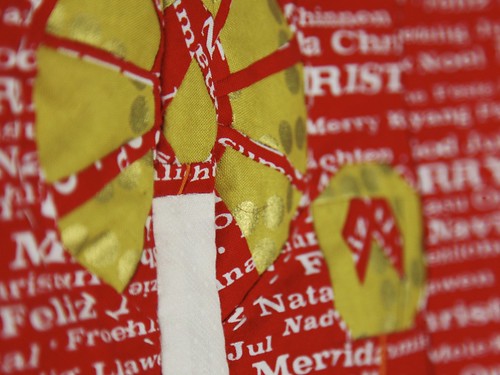 But I like how the simplicity of the hand quilting contrasts with the intense quilting on the other two blocks.

To bind it I used some green that appeared in the Christmas tree block using a 2″ wide strip so it’s pretty narrow binding when finished. It is now hanging in pride of place above the fireplace in my sewing space, adding some Christmas cheer to the room: 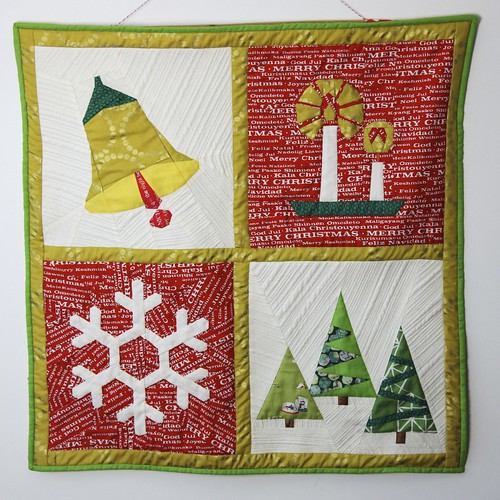 Thanks very much to Julianna for the great patterns, check out her blog or Craftsy to see the other patterns in the series.

All 12″ block patterns are available for free on Craftsy in Julianna’s store, the scheme for each block is on her blog, there are also a few blocks that she has scaled up to 16″ making them less fiddly and great for cushion panels.