After making a bag with Bethan last week I felt the need to make another, I’ve had the Trail Tote (free pattern) on my list ever since it was released, I’d even printed the pattern, cut and stuck the small version together.  I had a patchwork version in my head and thought I’d use a mini charm pack for it.

So I opened up a pack of The Sweet Life by Pat Sloan and sorted them in to 2 piles, I made an arrangement of them and left them on the floor until the morning.  The next day I decided that they weren’t suitable fabrics for the recipient I had in mind so I gathered them up and opened a pack of Color Theory by V and Co and found a few mini charms of Simply Style (also by V and Co). 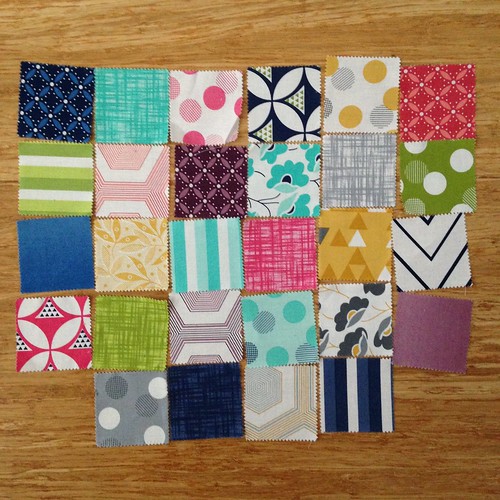 Bethan arranged them for me (while I was supervising Christmas cake making). 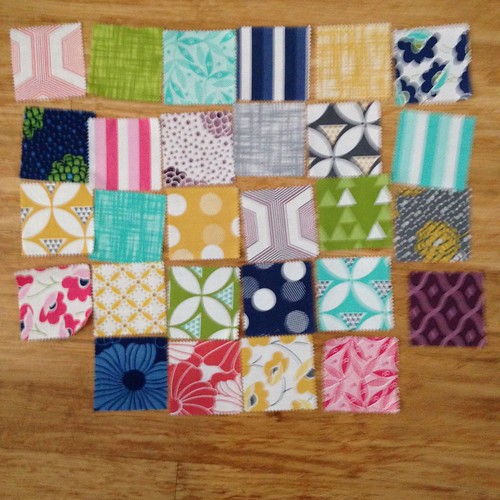 (Blurriness thanks to child taking photo)

I stitched up one set and then laid the pattern piece out on it and realised that the fabric piece was just too small.  I had done some maths but obviously not as thoroughly as I thought.  So as I had no more of these fabrics I decided to scale the already small pattern down, I printed it at 90% and this made it just the right size.

I quilted the panels 1/4″ both sides of each seam line and used left over wadding rather than interfacing.  I interfaced the lining as instructed – although I used whatever fusible interfacing I could find rather than worry about the weight of it.

Bethan approved the fabric choice for lining and pockets which was leftovers from backing a Siblings Together quilt.  Picking a patterned fabric like this meant that I felt a need to pattern match: 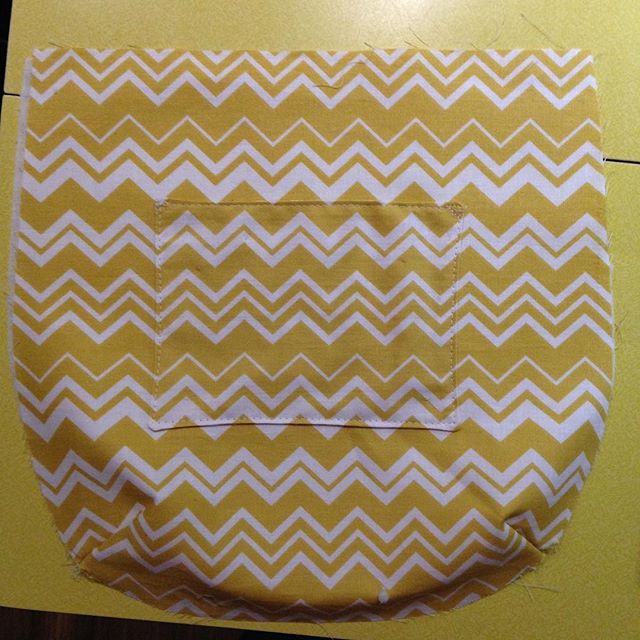 When I constructed the bag I realised that no one is likely to notice this on the inside of the bag but who cares?  I know it’s there! 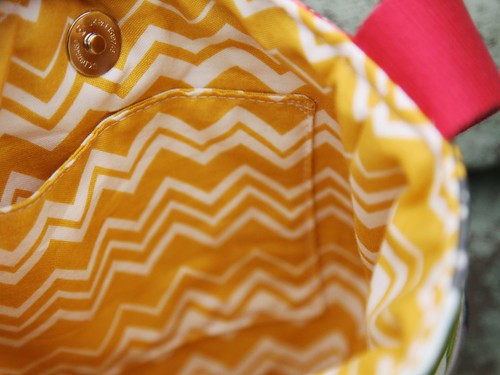 So despite it being smaller than the small size I think it will still be a useful bag: 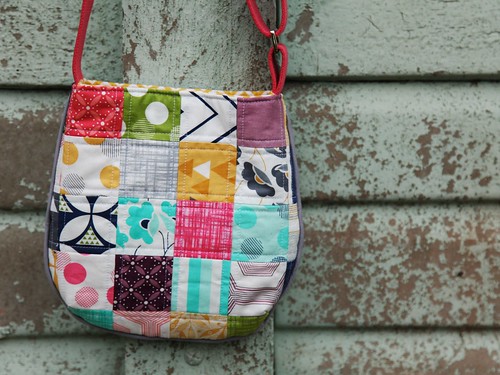 I like the detail of the piping despite the fact that it is not one of my favourite things to make, on the plus side I had just enough piping cord in my stash to not have to put the project on hold while getting more.

I used the same raspberry webbing that I used on Bethan’s bag last week and I must say that I think it contrasts better here: 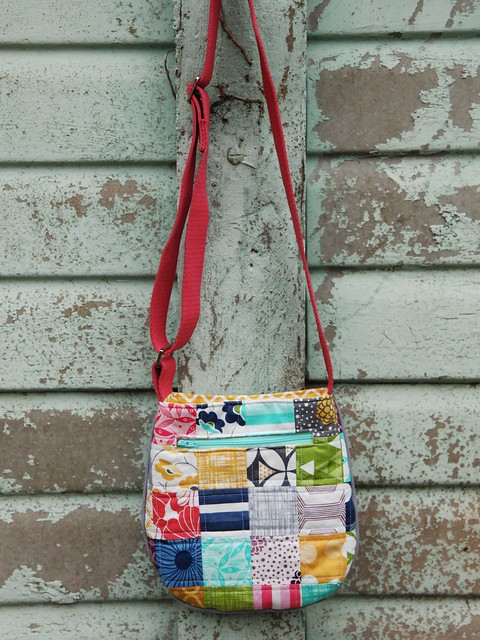 I really like the outside zip pocket and I’m already thinking about making another one of these in the small size for me, I’ll make sure I work harder at my maths first though.

I’m linking this up with Purse Palooza 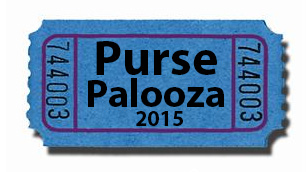 3 Replies to “A smaller than small Trail Tote”