Life throws stuff at us all the time, 2016 is already not panning out as we had planned/hoped but we’re dealing with it.  What it does probably mean is more sewing time and some hope of getting some things checked off this FAL list.

1. I started this a couple of weeks ago; its a world map quilt by Haptic Lab: 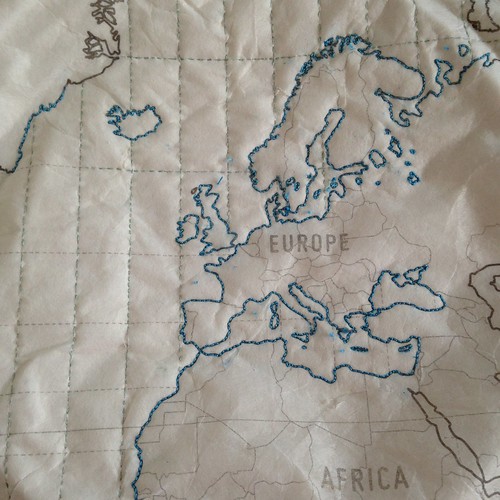 The idea of it was that I’d have a hand quilting project to work on when machine sewing wasn’t an option. So while in theory I guess it would be great to have it finished this quarter it’s more about enjoying the experience and not rushing it.

2. Preppy the Whale quilt: I’ve made 21 blocks for this quilt so far, I’m aiming for 48.  It’s for my 6 year old boy.  He chose the fabrics and has sat on my knee while I’ve been sewing them together so it’s not been the fastest sewing but the holidays are over so I’ll be sewing alone and maybe quicker: 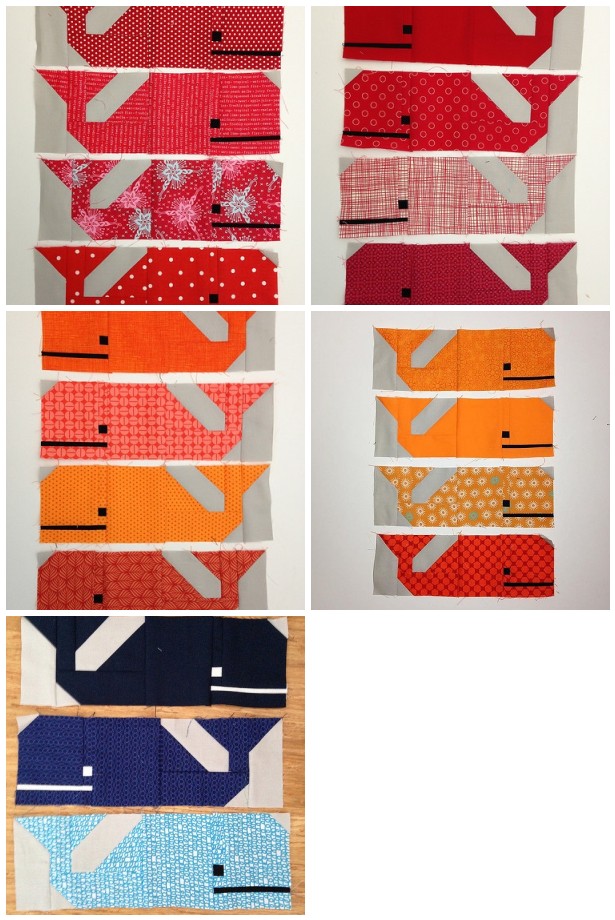 3. I have a pile of these paper pieced shirts in the cupboard, they were on my FAL list all last year, Molli Sparkles has shirts on his list too so I’ve had some encouragement to pull my finger out and do something with them: 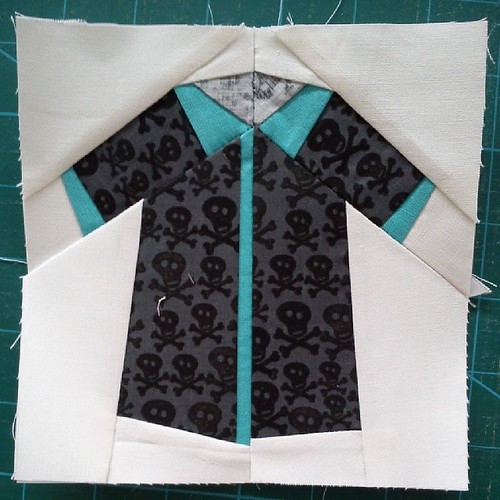 4. Hexies: an ongoing project but there’s a chance that I might be inspired to turn them in to something.

5. Sewing with knits – this was on my list for the last quarter and I’ve traced the pattern on to Swedish Tracing paper and it’s sat on the side nagging me every day: 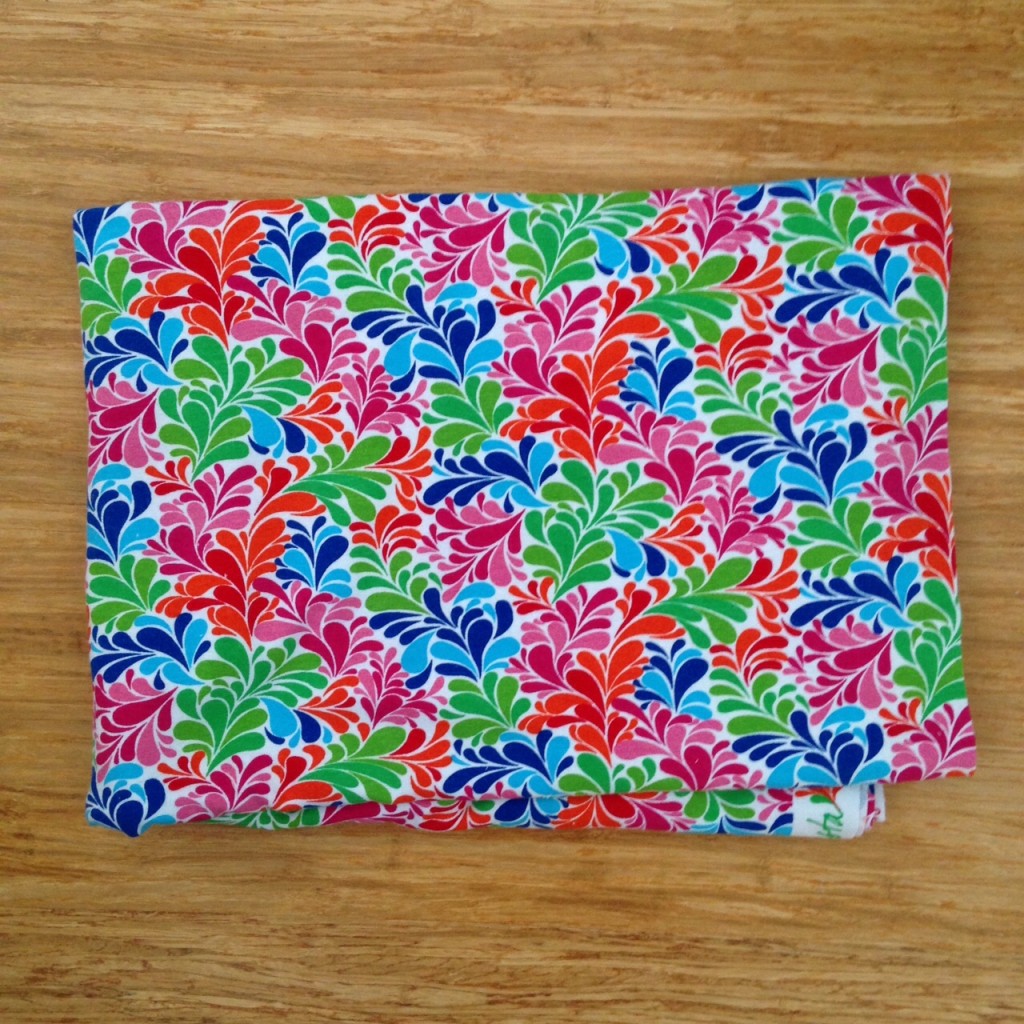 6. Orphan blocks from some pattern testing, I don’t have any more of this navy fabric so I need to turn these in to something, maybe a cushion cover, they are 15.5″ square so a usable size: 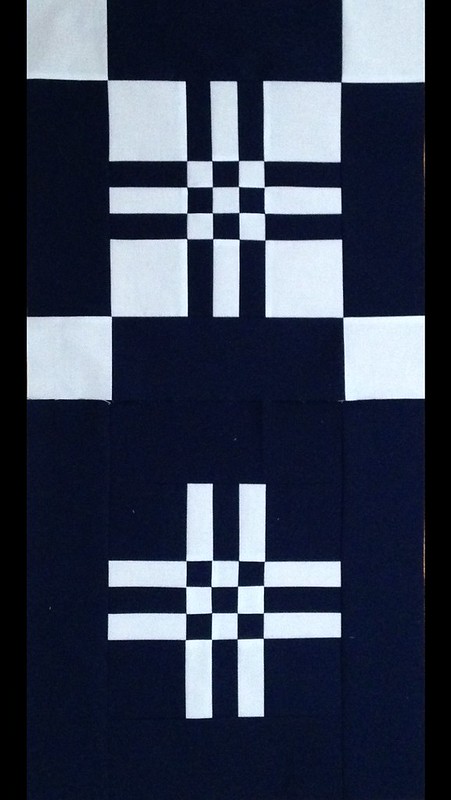 7. I pattern tested this block for Quiet Play a few years ago and it has sat in my drawer ever since: 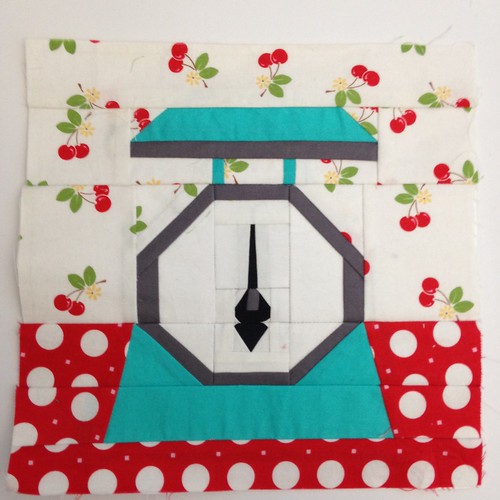 This could be the quarter to convert it in to something more useful than an unfinished block. 8.  I think that I made this paper pieced block as a sample for teaching, I’m going to turn it in to something I’m going to call a ‘pot saver’.  I’ve no idea if it’s a thing but it will sit in the frying pan in the cupboard to protect the surface of the pan from the other things that get stored in the pan (yes that is how glamorous my life is)! 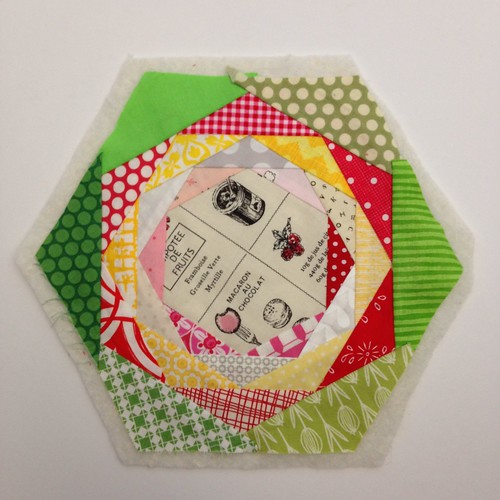 So that’s my list for this quarter, on reflection it doesn’t look too bad, fingers cross I can tick them all off before the end of March!

Linking up with lots of other ‘wanna be finishers’