Last week once I’d finished sewing up the teacher gifts I had to have a quick think as to what was next on my list of things to do.  There was nothing really pressing so I thought it was a good opportunity to look at some of those ‘bigger’ items on my Summer Sewing Plans list and I decide to get out the Kaffe quilt that I’ve been working on.  On Thursday night far too late I finished it!  Now all I need to do is buy some wadding and decide what to do about the backing.  I have a couple of ideas, I have quite a bit of stripey fabrics from the top so I can use those within the back.

Last night was Make, Do and Mend, Joe found that each month was fully booked with a waiting list so we now meet twice a month.  There was no tutorial this time but a plan for a fabric swap.  I had a sort through my stash and couldn’t find anything that I could really bear to part with!  I did however have a few bags of teeny, tiny scraps that I thought someone might use for applique and I also had a few larger scraps that were left from my scrap sort out before the school fete.  Some of the others were far more ruthless/generous with their fabrics that they brought along.

So I came home with some real lovely pieces: 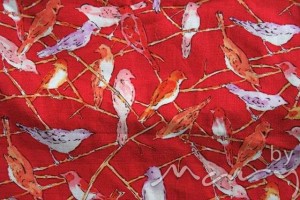 and another by Alexander Henry, a handbag print: 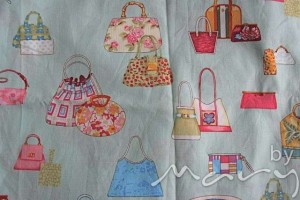 The amazing Penny who does the most wonderful patchwork (by hand) and who rarely buys any new fabric had a mans shirt from the charity shop which a few of us took a bit of, it’s made by Lands End and a really nice print: 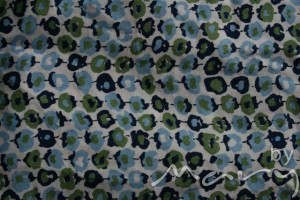 I had a selection of little projects to work on, one was to sew some ribbon on my yoyo necklace that I started at Make, Do and Mend in September/October last year and finished at home and then lost!  Once found a few months ago all it needed was some ribbon sewing on!  Jo sewed the ribbon on for me – thanks.

Back in April I signed up for the Very Berry Handmade Spring Scrap Swap.  I sorted my scraps and off they went, I just needed to wait for mine to arrive from my partner.  Janet lives in Canada and blogs here.  Unfortunately Canada has been experiencing a fairly lengthy postal strike, however last week my parcel arrived!

It was a lovely selection of fabrics, some novelty, some florals, obviously all off-cuts from projects that Janet has been working on. 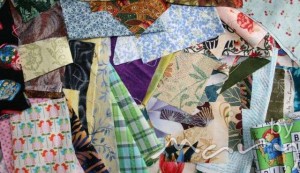 Janet has also checked out my blog and knew that I had two girls so she included this lovely pattern! 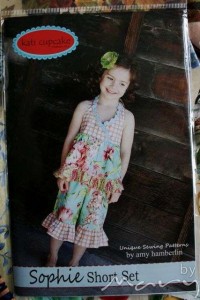 Leah was delighted as she spotted that she already has a headband made from the Amy Butler spot fabric pictured.  I’m not sure she quite understands that the pattern is to make a outfit and doesn’t include the fabric, you have to choose your own.  So something else to put on my list of things to sew!

Here is a quick peek of something I finished this morning: 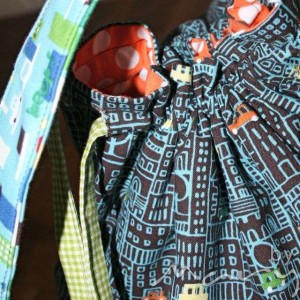 Can you guess what it is?  It was on my list of Summer Sewing Plans.  I now just need some decent light to take some photo’s!