After blogging almost every day last week it’s been really great to not post anything for days!  It’s amazing how much time it does take up, not only do I make something to write about, get some decent photo’s of the item, I then need to find time to put a post together!

You may have noticed that I’ve not written a quilt post for a couple of weeks, last week was definitely a week off as I was caught up in the joys of the Kids Clothing Week Challenge and I think I’ve run out of quilts for the time being.  Oh no I’ve just thought of another one, although I’m not sure where it is, but it is somewhere in our house, so I’ll get it out and see what I can find to write about it, hopefully we’ll have a sunny weekend and take some photographs too.

Just because I haven’t posted doesn’t mean I’ve not been sewing!  Some good friends of ours have been away for a few weeks, before they went she mentioned she had some jobs for me but they weren’t urgent.  They were back last week and we met up at Milkshake and had caught up on lots of stuff and she gave me a list of jobs!  Nothing too demanding, some bunting and a superhero cape.  You may well know that capes aren’t my favourite thing to sew, but I tried out my new stabiliser on the applique and it worked like a dream, I was so impressed and delighted as it made the job much quicker and easier, well worth the extra pennies!  So, one superhero cape, 2 lots of personalised bunting sewn and while they were away their youngest turned 2 and so I also sewed personalised bunting for his birthday. 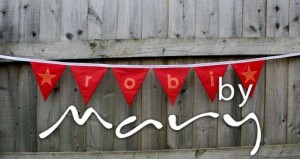 I love this purple and silver bunting, it looks really smart and funky, hopefully the recipient will love it too! 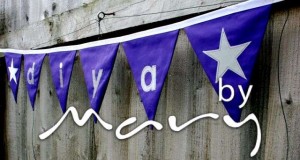 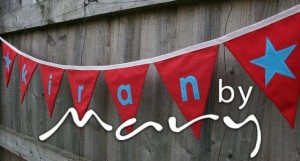 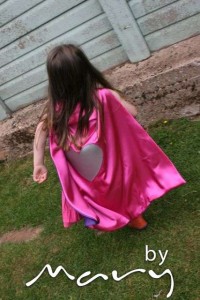 Pink on one side and purple on the other, beautifully modelled by an aspiring superhero! 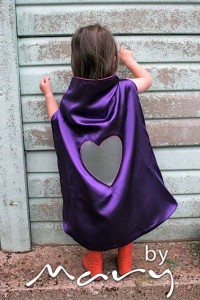 I was going to write about the bag I’ve been making but that will go in another post as it was turning into a pattern review!

My eldest has grown out of all her summer dresses (I say all it’s probably a grand total of 2!) bought 2 summers ago, they definitely don’t fit her anymore and I guess I should be pleased she has grown.  But what to do?  Now the thought of going and buying a dress seems wrong and too much like hard work, so I had a browse around and ended up buying the Sweet Little dress pattern by Leila and Ben.  Bethan had picked out some fabric she liked in my stash but there’s not enough to make a dress so we made a quick trip to the fabric shop after school on Tuesday and I whizzed up this dress. 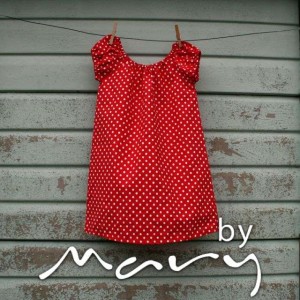 I love it, she always looks good in red.  I bought some ric rac this morning and think I will add one or two pockets to the front, so expect another photo in the not too distant future!

I’ve been busily getting together some ‘things’ ready for the Sew, Mama, Se giveaway on Monday, this time round I’ve got something for sewers and non-sewers too so don’t forget to pop back on Monday (it closes on Wednesday) and enter for a chance to win.

There’s more but that can wait…